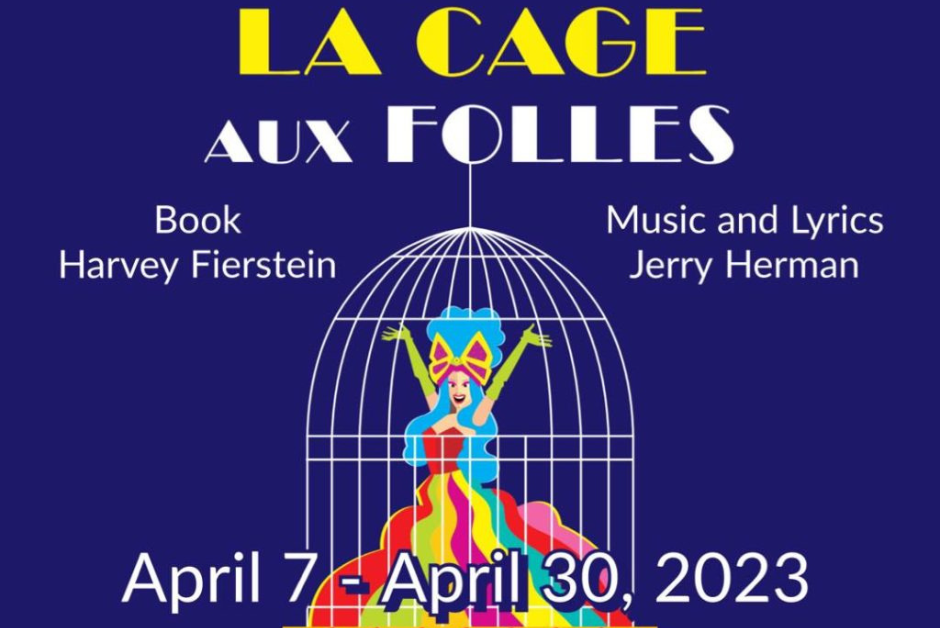 THAC is holding open auditions for strong singers/dancers/actors for our production of La Cage Aux Folles.

There is potential for 15-20 roles available for adults 18 years of age or older.

Performers of all ethnic, racial, sexual, and gender identities and backgrounds are encouraged, needed, and welcome.

There are also Swing (external) and Understudy (internal) positions available.

No AEA/Equity contracts are available for this production. Talent must be local to the Denver Metro area. No housing or travel reimbursement is available.

At this time, only actors who are fully vaccinated against COVID-19 will be considered for casting.

Town Hall Arts Center adheres to the Community Standards for Theatre for Colorado as set forward by the Colorado Theatre Guild.

All roles are paid:

All adult actors receive a $500 rehearsal stipend and a per-show rate between $50 and $60 depending on the role.

Swings are paid a $500 rehearsal stipend and a $100 retainer per performance week to be on call. They are paid an additional per-show rate for any performances they cover.

Understudies are paid an additional rehearsal stipend to learn additional tracks. No conflicts will be accepted once a role is offered and contract signed. Conflicts may be accepted at the time of auditions but may influence casting decisions. Performance calendar below. Actors are expected to be available for all performances and holds.

Rehearsals will begin in late February and generally will be Sunday (afternoon/evening) through Thursday (evenings). Tech rehearsals begin April 1.

ALBIN
Age Range: 40 – 60
Vocal Range: Baritone
Albin is a charismatic, dramatic, and dynamic personality in a loving, long-term relationship with Georges. His alter ego is Zsa Zsa, the star of La Cage. His love of family and his ability to entertain makes him a most beloved friend, confidant, and mother.

This role requires a performer with a powerhouse baritone voice, comic timing and dance ability.

GEORGES
Age Range: 40 – 60
Vocal Range: Bass-Baritone
Georges is a showman and emcee of the nightclub. He is suave, debonair, very personable, and madly in love with his partner of 20+ years, Albin. He deeply loves his son and would move mountains to give him anything he wants.

The role requires a strong baritone with comic timing and dance ability.

JEAN-MICHEL
Age Range: 20 – 25
Vocal Range: Baritone
Jean-Michel is a young man desperately in love with his fiancée, Anne. He genuinely loves his fathers but loses his way due to his fear of rejection from Anne’s family.

The actor in this role must move well.

JACOB
Age Range: 20 – 35
Vocal Range: Baritone
Jacob is Georges and Albin’s butler and has a flair for the ridiculous. He is full of life with a dream of being onstage and is very protective of his extended family.

This role requires a comic actor who sings and moves well.

ANNE
Age Range: 20 – 25
Vocal Range: Non-Singing Role
Fiancée of Jean-Michel, Anne is a kind, seemingly perfect daughter-in-law. She is confined by the conservative morals of her father, yet she is her own person when not in his presence.

The actor in this role must be a strong dancer.

This role requires a character actor with a baritone voice and comic timing. The actor will also play Renaud.

This role requires a character actor with a great sense of comedy who can move well. The actor will also play Mme Renaud.

JACQUELINE
Age Range: 30 – 60
Vocal Range: Alto
Jacqueline is the hostess of the top restaurant in the town and can make anyone feel like they are part of her family. She is very theatrical, loves people and especially enjoys bringing people out of their shell.

This role requires a soprano who moves well.

FRANCIS
Age Range: 20 – 40
Vocal Range: Baritone
Francis is the hard-working stage manager at La Cage who is very used to the chaotic environment of the club.

This role requires a baritone who moves well.

CAGELLES
Age Range: 20 – 40
Vocal Range: All
The drag performers at La Cage are fabulous and fierce both onstage and off. We are seeking excellent dancers, singers and actors who represent as much of the breadth of the queer experience as possible. Male-identifying, female-identifying and non-binary drag performers are encouraged to audition.

Sign Up Now For An Audition Time
Announcement & Calendar