Review: ‘Barefoot in the Park’ has ‘winning cast’ 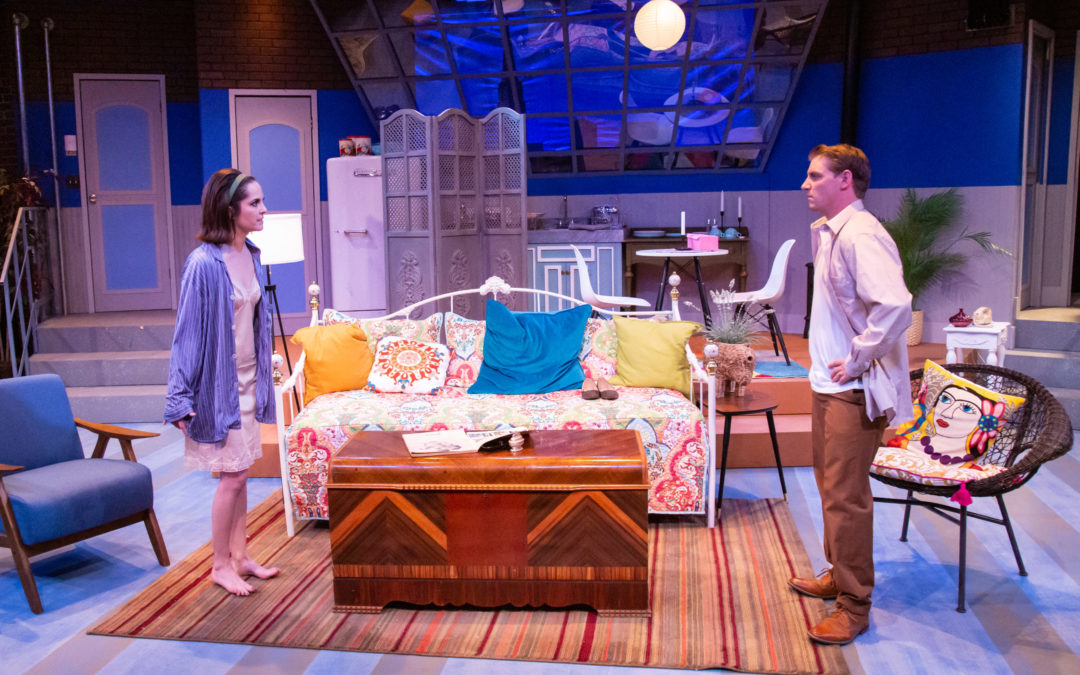 All of you must remember the young and beautiful Jane Fonda and Robert Redford who brought this charming story to the public’s attention in 1967, one of their five movies together. Or maybe some of you were lucky enough to see Redford and Elizabeth Ashley in the original 1963 Broadway production. Regardless whenever you see a Neil Simon play on the callboard, you know you are in for a treat. His ability to put both heartfelt dialogue and snappy zingers together in the same speech never fails to delight. In this particular script, he takes the tiniest bit of plot and wraps it in charming whimsy.

Town Hall put together a winning cast for this revival. The young newlyweds are played to local favorites Tim Howard and Lynzee Jones. Lynzee’s elfin Corie has a slightly manic energy that plays sweetly against Tim’s more conservative and laid back Paul. As in most marital discord, their expectations of each other are slightly unreasonable and, foregoing stubborn pride, could be resolved easily. But nothing makes for more fun on stage than a comic argument.

They are joined by everybody’s favorite couple – Annie Dwyer as Corie’s highly dubious and sensitive mother Ethel and TJ Mullin as Victor Velasco, the Bohemian upstairs neighbor. After appearing together on stage together for thirty years, one is the hand, the other is the glove. They just fit together, complementing each other’s authenticity and totally in sync. The celebration they bring to a meeting of opposites that find delight in an older romance warms  your heart. The connection they brought to Herr Schultz and Frau Schneider together in CABARET, a recent show at Town Hall, is echoed in the gentle wooing of Victor and Ethel.

A newcomer to Town Hall, the fifth character in this group is the out-of-breath Telephone Repair Man. Giovanni Roselli makes the most of a small part with his authenticity and genuine concern for this young couple in the middle of their argument. Stagehand Greg Kendall makes a surprise appearance as a package delivery guy. EVERYONE has difficulty with the five flights of stairs it takes to get to their loft.

The charming New York apartment they move into was designed by Michael Duran, built by Mike Haas and his crew, dressed by Rob Costigan and Bob Bauer, with lights provided by Kate Bashore and street sounds and door bells provided by Curt Behm. Special kudos must go to the run crew who, in the fifteen minute intermission, convert an empty flat into a charming nest with time to spare. Also congrats to the person on the crew who rigged the snow drop so that it falls on Paul’s head as he sleeps on the sofa night after night.