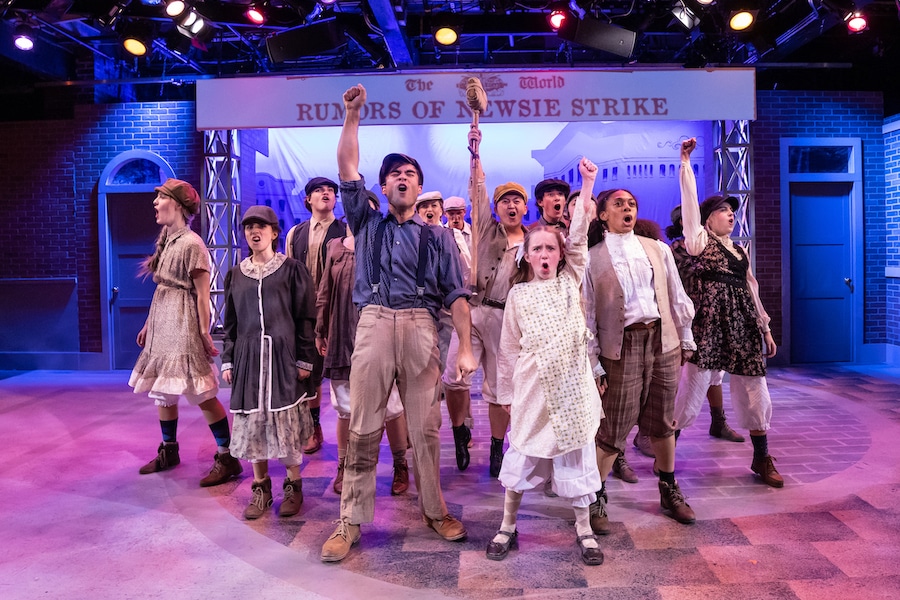 OnStage Colorado gives high praise for Townhall Arts Center’s 40th anniversary season production of Disney’s Newsies the Musical. The show runs through December 30, and we invite you read all about it and buy tickets here.

“This production is filled with high-octane energy, notably through strong acting, singing and dancing.”

“Award-winning director Steve Wilson has unleashed a wild ride through every nook and cranny of the theater. He has taken a cast of 26 — a large one for Town Hall’s stage — and filled the auditorium with energy that never lets up. With clean, crisp direction, he successfully manages traffic for the entire cast while also also staging more intimate moments. Choreographers Debbie Stark and Ronni Gallup capitalized on the youthful exuberance of the actors and created dance moves that fill the stage with joy and determination. And music director Donna Debreceni has the entire cast in top form vocally.

“The scenic design for Newsies gives a gentle essence of turn-of-the-century New York City. Of note was the overall fluidity of the scenery. There was never an awkward moment as one scene shifted to another. The costumes added to the overall look of another period.”