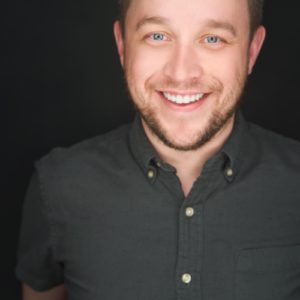 Carter Edward Smith
Carter has been working professionally in regional theatres in the state of Colorado for over a decade. He knew he wanted to be an actor when he saw his first Broadway show at age 18, and hasn’t stopped pursuing his dream since. He has been lucky enough to perform at Town Hall Arts Center, Arvada Center, Vintage Theatre, Aurora Fox, PACE Center, Breckenridge Backstage Theatre, and the Bug. He studied musical theatre at Casper College, and Film and Television Acting at the New York Conservatory for Dramatic Arts. Carter loves teaching, because he is and will always be a kid in love with theatre.