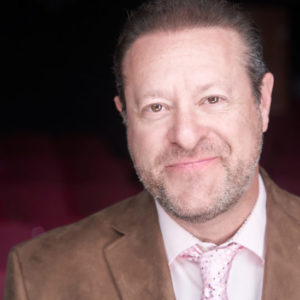 Robert Michael has worked in all capacities of theatre and theatre education for the last twenty five years and is excited to be heading up the growing THAC Educational Program. He has developed programs and curriculum for all ages that teach life skills through theatre education. Robert Michael believes that theatre should be an all-inclusive safe place where kids can be themselves while they discover and explore.

For the past twelve years Robert Michael has worked consistently as a resident instructor and director at THAC where he has directed over twenty youth theatre musicals and numerous classes and interactive programs. In addition, he has taught at many area high schools, colleges, and most professional theaters here in Denver, CO. He has been honored to direct several critically acclaimed Equity, and Non-Equity productions around the state, and has been recognized with several accolades including multiple True West, and Marlow Awards. Robert Michael serves on the THAC Concert Committee where he has been responsible to select bands, artists, shows, and other small main stage musicals. He is also a former owner of the Academy of Theatre Arts.